Fighting For Injured People,
And Their Families Since 1965 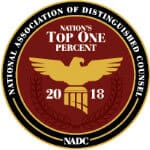 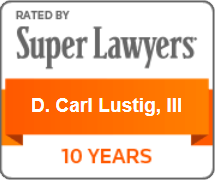 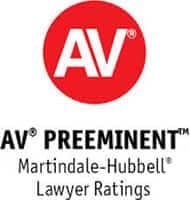 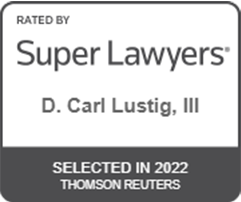 D. Carl Lustig, III is a member of the Manhattan law firm of Arye, Lustig & Sassower, P.C., and handles trials and appeals of major personal injury cases on behalf of plaintiffs. His primary area of concentration is construction accident litigation under the New York State Labor Law.

A frequently requested speaker, Mr. Lustig has lectured extensively for various entities including the New York State Trial Lawyers Institute, The Practicing Law Institute, the New York State Bar Association and Yale University, and has served as co-chairperson of a number of lecture series for continuing legal education in the area of personal injury trial practice. Additionally, he has lectured for the National Institute of Trial Advocacy program at Hofstra University School of Law on Trial Techniques, and at St. John’s University School of Law on the topic of Alternative Dispute Resolution/Mediation. Mr. Lustig also has been an invited speaker at the New York State Judicial Conference and has lectured for the New York City Bar Association in their continuing legal education seminar on trials of civil cases.

Elected to membership in the American Board of Trial Advocates, Mr. Lustig is also a member of The American Association for Justice, the New York County Lawyers Association, the Million Dollar Advocates Forum and is a Fellow in the Roscoe Pound Institute. He is also a member of the Tort Advisory Committee and the Medical Malpractice Advisory Committee for Supreme Court, New York County.

Mr. Lustig was honored as Lawyer of the Year by the Institute of Jewish Humanities. He has been named as one of the Top 100 Trial Lawyers in New York State by the National Trial Lawyers Association and to the Top 1% of Attorneys in the United States by the National Association of Distinguished Counsel. He is also the recipient of the Lifetime Achievement Award as one of America’s Top 100 Attorneys and has been regularly named to the New York Super Lawyers list. Mr. Lustig is rated AV (top rating) by Martindale-Hubbell.

Since 1965, we’ve recovered over $1 BILLION
on behalf of our clients. read more

for 33-year old electrician who fell from ladder while attempting to fit heavy cable into crown box when cable sprung back and struck him, causing him to suffer left shoulder injury with impingement.

for 38-year old electrician who slipped and fell on debris on stairway with resulting cervical herniated disc and aggravation of pre-existing arthritic changes.

for 42-year old electrician who fell into an uncovered, unprotected hole and suffered a severe low back injury with herniated disc(s) that required surgery at L4-5 and L5-S1 levels.

for 26-year old construction worker who fell through opening in roof and fractured his wrist, requiring surgery with open reduction and internal fixation, external fixation device, and eventual fusion.

during trial for 40-year old sheet metal worker who was struck in the neck and shoulder by an air conditioning unit and suffered herniated cervical discs and cervical radiculopathy.

Or Tell Us About Your Case Here And We’ll Get Back To You Promptly:

Email Us For A Response